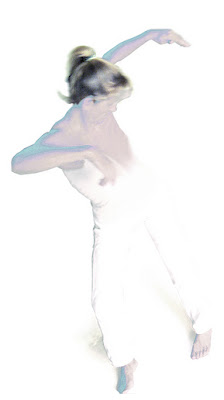 Seismic Shift: Why DSLRs Are Changing the Game | Studio Monthly 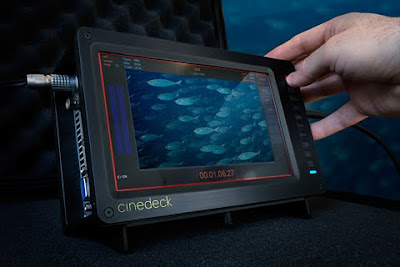 Ever long for a cheaper, simpler, HD-SDI recording device? Charles d’Autremont has. An architecture student from way back, and one of the founders of New York branding and creative agency dbox, he cites accumulated negative experiences in the field as inspiration for the creation of the Cinedeck/Extreme. The portable box, which weighs less than four pounds, is the first in a series of camera-mountable devices that double as digital disk recorders and camera-mounted LCD screens.

It records 10-bit 4:2:2 or 12-bit 4:4:4 files in the CineForm intermediate codec, captured via (dual-link) HD-SDI or HDMI input, to off-the-shelf solid-state drives. (D’Autremont says it also supports MPEG-2 in an MXF wrapper and, by a target date of March 1, Avid’s DNxHD.) While it’s recording, it doubles as a capable touch-screen focus monitor, complete with on-screen histogram, aspect ratio guides, and audio recording levels. The screen resolution is half-HD, with a pixel-for-pixel option for detail viewing. It sells for $7995.

Shots can be played back immediately using on-screen controls, and the output options include the ability to burn in metadata, allowing, for example, the instant creation of dailies with burned-in timecode.

At a press briefing at the dbox offices last week, Cinedeck’s demo unit was mounted on a Canon XL H1 HDV camcorder, proving a point about portability — it’s roughly the same size and weight as a standard seven-inch on-camera monitor. Attached to a larger, heavier HD camera, it would seem even more unobtrusive.

The unit is actually a tiny computer running Windows XP, which helps explain its versatility — Cinedeck even suggests that you could use an external monitor, mouse and keyboard in the field to drive an NLE off of this box. (Optional dual-boot OS and boot disk upgrades are recommended.) But the device was designed with cinematography in mind. For example, when you begin recording, the on-board fan slows down to minimize noise during production. (It will come back on once the internal temperature becomes critical.) The fan can even be changed out for a more powerful unit, in case you’re shooting under especially hot conditions.

Cinedeck will be exhibiting at NAB in the CineForm booth. Look for word at the show about the availability of different Cinedeck configurations, including a unit in a 12-inch form factor for portable 3D viewing and another that supports 2K recording, as well as an HDMI-only version geared toward DSLRs. For more information, take a look at the press release at StudioDaily.com or visit the Web site: www.cinedeck.com
Pubblicato da enzo aronica a 16:02 Nessun commento:

It is rather surprising that it has been less than a year, but Canon needed to update the Canon Rebel T1i/500D and they did. They seem to have fixed many of the complaints about the T1i with this new camera. They’ve upped the resolution to 18mp (the T1i was 15.1), added an external plug for a mic, upped the movie modes and has even gotten the T1i up to 1080 30fps (and 24p no less!). So those who were hoping for a firmware upgrade to the T1i are pretty sad about now, at least there is a low cost camera that fills the shoes admirably.
Update 2: Here’s the first sample video we’ve found…. — actually I moved it lower down so it could be large but not covered by ads and sidebar stuff…
LAKE SUCCESS, N.Y., February 8, 2010 – Canon U.S.A., Inc., a leader in digital imaging, today introduced the new flagship model for the Company’s highly popular Rebel DSLR line: the Canon EOS Rebel T2i Digital SLR camera. Today’s photo enthusiast is looking for a camera that will grow with them as they learn, and that is a perfect description of the new EOS Rebel T2i Digital SLR camera. Retaining all of the traditional characteristics that have made the EOS Rebel series beloved by entry-level photographers and an industry best-seller, the new Rebel T2i succeeds in bridging the gap between an entry-level camera and a true pro-sumer camera.“The Rebel T2i Digital SLR camera includes a variety of new features for photographic assignments as varied as grabbing that action shot from the sidelines or creating memorable family portraits, including: 3.7 fps shooting, an ISO range of 100-6400 (expandable to 12,800), a 63-zone Dual Layer Metering System, and Canon’s DIGIC 4 Imaging Processor. There are some moments in our lives where video helps capture the moment better than a still image, and the Rebel T2i offers the best of both worlds with Full HD 1080p video as well as 18-megapixel still images. The Rebel T2i DSLR continues Canon’s industry-leading trend in Full HD DSLR video capture with manual exposure control, selectable frame rates and a new external microphone input. There is also a new feature for standard definition recording, Movie Crop, which provides an approximate 7x additional zoom with no loss of image quality when shooting SD quality video.
“There is no question that HD video is the biggest trend in DSLR technology and because of this we are seeing the creativity of still photographers transferring to the moving image. Still photographers are using the various lenses and accessories they are already familiar with to create amazing video footage,” stated Yuichi Ishizuka, executive vice president and general manager, Consumer Imaging Group, Canon U.S.A. “Taking that HD video quality and putting it in the hands of entry-level photographers with cameras like our new EOS Rebel T2i, we are seeing a new generation of creative digital artists emerge.”


Want to get smooth, consistent, short-run dolly shots, without having to carry around a dolly system and track? The Pocket Dolly™ is the solution for those shots! At just 38" in length and 6.5 pounds, the Pocket Dolly™ is very portable, so you can always get the shot you need, where ever you are. The unique crank handle and belt drive system, allow for approximately 35" of quiet, consistent, smooth camera movement. Cameras weighing up to 20 pounds are supported, with the Pocket Dolly mounted flush to our Hercules 2.0 head on our K-Pod System™ tripod, with no additional supports needed.

he Kessler CineSlider™ is a heavy duty portable mini-dolly / linear slider system for camera rigs weighing up to 80 pounds or more. Weighing in at only 10 pounds, with a length of 40.5 inches, 5 inches wide, and a total camera travel distance or 35.5 inches, the CineSlider is a very portable solution to get those quick, smooth short-run dolly movements, without having to transport a large dolly system. Features include drag control and locking, handle with adjustable arc diameter for ultimate movement control, smooth rolling precision stainless steel ball bearing Delrin wheels, and multple mounting options.

The CineSlider™ can be center mounted flush to the Kessler Hercules 2.0 head to achieve panning and tilting movements, center mounted to a 100mm bowl tripod with the optional 100mm Ball Mount Kit, or support from both ends with a combination of a standard tripod / fluid head or lightstand or monopod.

This is a montage of footage a few friends and I shot for a Documentary during the summer/fall of 2009.

The documentary was shot entirely on the canon 5D MKll in and around Cairo and Beirut. Big ups to Magic Lanterns Firmware update, as well as the Kessler Pocket Dolly for being a huge help in making this happen.

If you have any questions/ comments feel free to post them or email me at khalid@nextlevelpictures.com
Pubblicato da enzo aronica a 16:11 Nessun commento:

macro kingdom from clemento on Vimeo.

From Clemento: “I recently bought me the mp-e 65mm macro lens and made a video with the 5dmarkII I want to share with you.”
macro kingdom from clemento on Vimeo.
I recently bought me the MP-E 65mm and played with it a little bit. It’s a very special lens and you need a little bit of patience, but the results are breathtaking.
I’m looking forward to new adventures in the macro universe..
5DmarkII
MP-E 65mm
Pubblicato da enzo aronica a 15:54 Nessun commento: 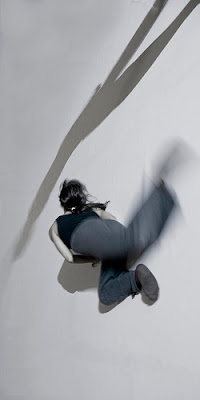 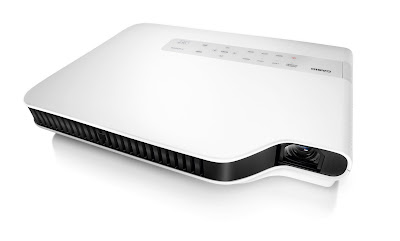