The Promise of Digital Doubles

Just to prove that I’m not always uncovering rough spots in our industry, I want to share something very exciting to me. As a virtual human designer, I’ve had a long standing interest in various kinds of digital doubles (D2s). Before getting into this discussion, I’d like to clarify what a D2 is. It is a reasonably exact duplicate of an actor, either in a role or as him/her self. A believable D2 is one that fools us into thinking the actor is the real live deal.
Since Plato’s time there has been a word for such human duplicates: simulacra. It’s still used, but simulacra don’t have to be exactly faithful reproductions, so I think “Digital Double” or “D2” is the more accurate term for what I’m discussing. Taking this a step further, I envision that in the not-too-distant future, virtual human brain technology will be combined with D2 technology to create life-like interactive virtual humans with intelligence and personality.
Note, characters like the amazingly realistic digital baby in Lemony Snicket, and the believable Davy Jones, in Pirates of the Caribbean are more accurately classified as virtual actors and are also simulacra, but are not D2s. Believable virtual actors are relatively new on the scene and are extremely difficult to achieve. It requires both a technical tour de force and great artistry.
There are a few examples of reasonably good D2s used in film. I first got seriously interested in D2s back in 1997, when Eileen Moran and her team at Digital Domain created the virtual Andre commercial where a reasonably good Andre Agassi D2 starred. It was an impressive feat. I was told that they actually degraded some of the mo-cap on the real Andre so people would realize that it wasn’t really him. I’m not sure I believe that.
My hat is off to all the teams who have been working to solve this complex problem at many companies and universities. It involves so many 3D techniques from performance capture to geometry perfection, to texture capture, to super realistic skin rendering and more, with many places to not get it quite right. This brings us to a term called the “Uncanny Valley,” the creepy feeling we get when we see an almost right D2. Viewers will accept characters that intentionally are not supposed to look realistic, as we are able to suspend disbelief. But once characters cross the threshold where they are supposed to look like a real person our subconscious minds are sensitive to the slightest imperfection in them and warn us, keeping us from suspending disbelief. The term Uncanny Valley itself refers to a graph chart where viewers reactions are charted on how much they accept a representation of a character. The graph plots along with positive results for obvious animation, even as characters get more and more realistic, but once they cross a certain point where the characters are supposed to look like real life, yet due to imperfections does not fully achieve this, the graph plummets, thus the Uncanny Valley. Getting past that hidden protective mechanism is very difficult indeed…requiring near absolute perfection. 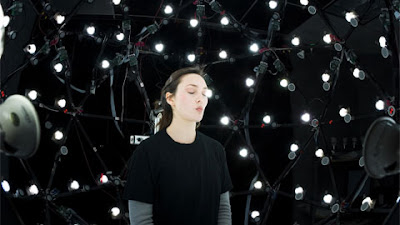 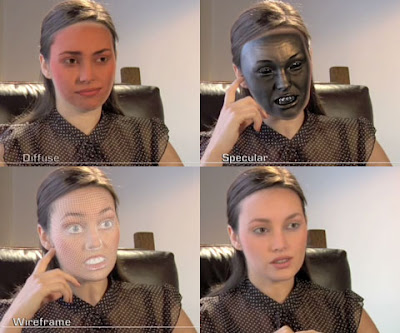